Today Scottish Health Action on Alcohol Problems (SHAAP) and Scottish Women’s Football (SWF) announced a further season of partnership as SHAAP confirmed sponsorship of the SWF National Performance League for season 21/22. With SHAAP’s support, the league enables youth players to aim towards senior and elite performance.
The partnership has come about because SWF wanted to create a positive environment for girls’ football using alternatives to alcohol sponsorship. SHAAP endorses SWF’s stance and is encouraging others to do likewise. The announcement is being made during the Awareness Week on Alcohol Related Harm which promotes action to prevent and reduce alcohol-related harm and deaths and took place with the Hearts U19 girls squad.
There are currently no legislative restrictions on alcohol sports sponsorship in the UK and alcohol marketing is self-regulated by the alcohol industry. Research has shown that children exposed to alcohol advertising are more likely to start drinking at a younger age, and drink more heavily in later life. There is also evidence to suggest that people in recovery from alcohol dependence find the easy availability and regular marketing of alcohol a risk to their recovery. The current approach to self-regulation does not do enough to protect children and young people and other vulnerable people from the influence of the alcohol industry.
Dr Alastair MacGilchrist, Chair of SHAAP, said: “We applaud the stance SWF has taken. Sport is part of a healthy lifestyle – and in this case can lead to elite levels of performance – so there is no role for what is an intrinsically unhealthy product in the sporting arena. Indeed, it is counter-intuitive, yet alcohol sponsorship of our favourite clubs, teams and tournaments has sadly become ever-present. We would encourage other sports organisations, clubs and tournaments to reject the alcohol industry and promote a healthy lifestyle by finding other sponsors.”
Vivienne McLaren, Chair of SWF, said: “We are delighted to continue our partnership with SHAAP, an organisation that shares our values and ethos. We believe that alcohol sponsorship has no place in in the girls’ and women’s game. Of course we understand the appeal of financial investment but we need to be responsible. The overwhelming majority of players involved in our competitions are under 18. We have a duty of care towards the girls in our game and we should do everything we can to promote positive and healthy lifestyles.”
Maree Todd MSP, Minister for Public Health, Women’s Health and Sport, said: “Restricting alcohol marketing is crucial to preventing alcohol-related harms and one of the three ‘best buy’ measures recommended by the World Health Organization.
“We know that children and young people in Scotland see alcohol advertising and promotion in a variety of ways – when attending sporting events or concerts as well as on billboards, buses and at train stations.
“I am determined to cut down on the volume of alcohol marketing that children and young people in Scotland see and will publicly consult on potential alcohol marketing restrictions in 2022.
“I applaud Scottish Women’s Football for the stance they have taken and would encourage sports teams and organisations to diversify sponsorship away from alcohol brands.”
SHAAP’s Director Elinor Jayne added: “The ban on tobacco sponsorship of sports has been successful with clubs and tournaments finding alternative sponsors. We now call on the Scottish Government to not only curb alcohol marketing when it publishes proposals next year, but to give consideration to an outright ban on sports sponsorship by the alcohol industry.” 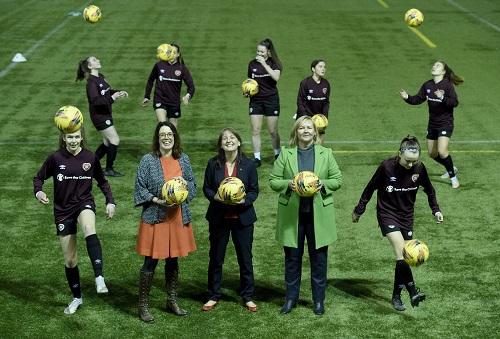