Information on Scottish adult drinking behaviour can be found in the Scottish Health Survey.

In 2019, 9.9 litres of pure alcohol were sold per adult in Scotland, equivalent to 19.1 units per adult per week. This represents enough alcohol for every adult to substantially (by 36%) exceed the low risk weekly drinking guideline (of 14 units for men and women). 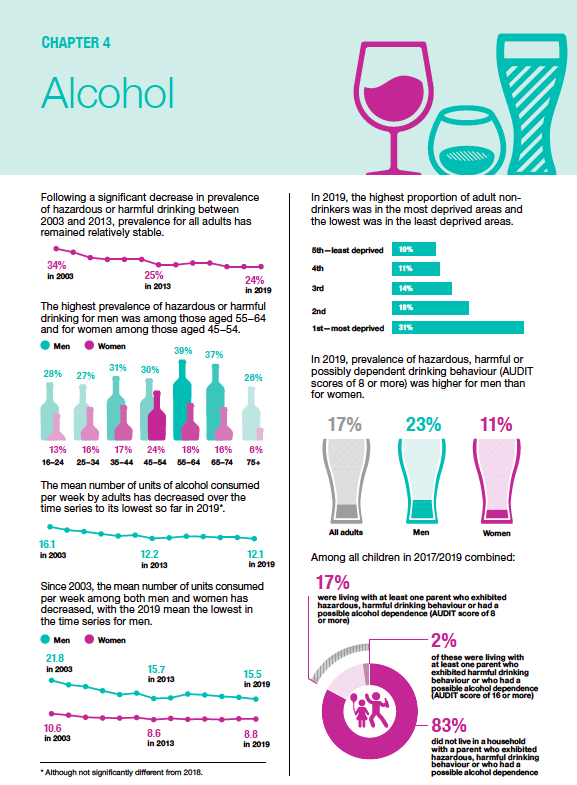